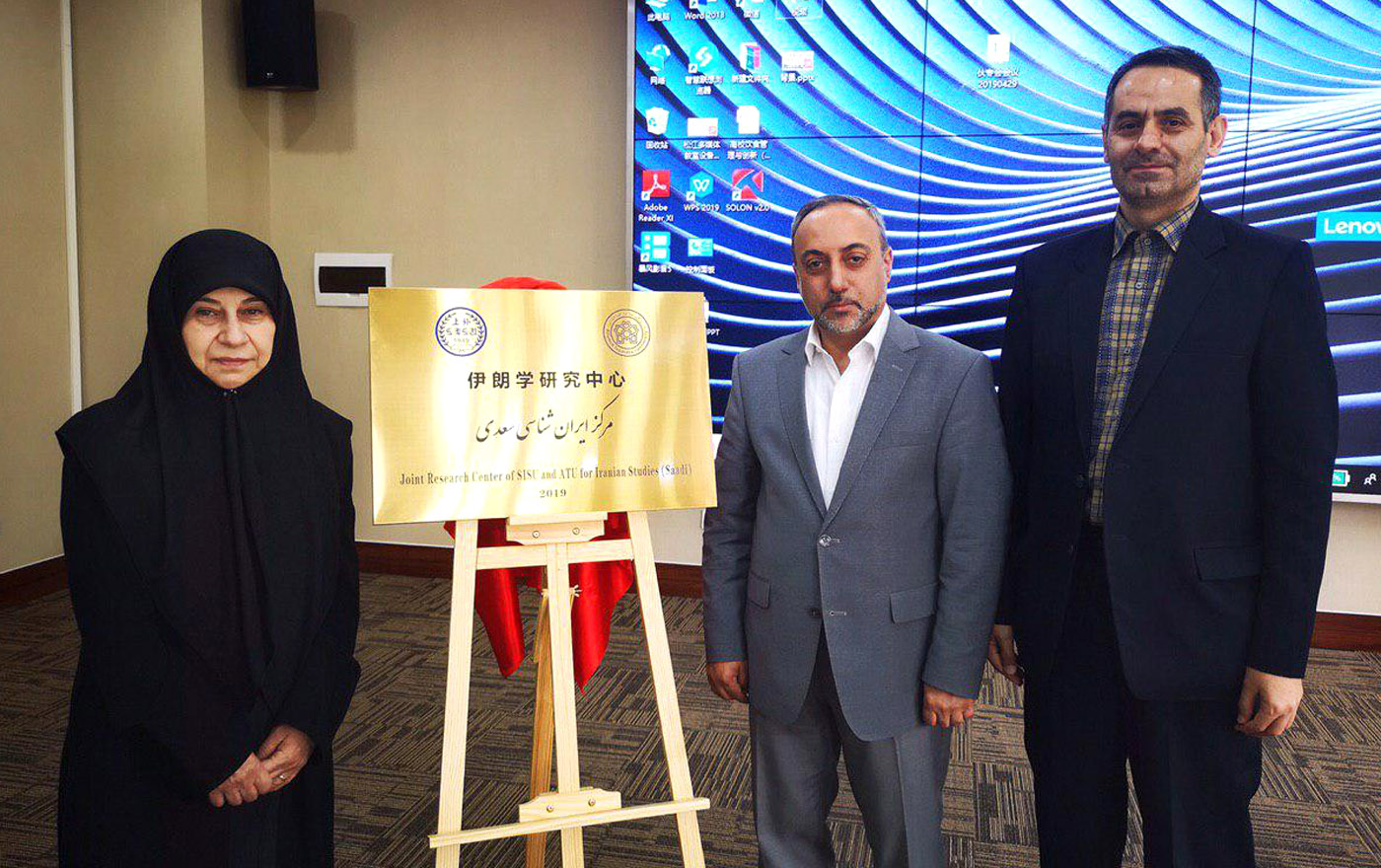 Following the opening of the Centre for China Studies at ATU on April 2019, in another ceremony held on Wednesday, 12 June 2019, Allameh Tabataba’i University’s (ATU) Saadi Centre for Iranian Studies (SCIS) was officially inaugurated at Shanghai International Studies University (SISU). Prior to that, in 2016 an agreement had been signed between the two institutes on the establishment of two research centres at ATU and SISU.

The opening ceremony of the SCIS was held with the presence of ATU Vice-President for Research and Deans of the Faculties of Persian Literature and Foreign Languages, and Management and Accounting, as well as officials from the SISU.

According to ATU public relations, in the beginning of the session, SISU’s Vice-President, Dean of the School of Asian and African Studies, and Vice-President for International Affairs welcomed and had a session with the Iranian delegation on the grounds for developing and deepening the joint academic and cultural relations.

At the ceremony, Prof. Cheng Tong, Dean of the SISU School of Asian and African Studies, spoke on the current relations between ATU and SISU, and expressed his willingness in expanding the relations. He then pointed to the subsequent establishment of two centres in the two universities and hoped this could contribute to deepening the relations. Prof. Zang Feng, SISU Vice-President, then elaborated on the need to expand ties between the two institutes, establish short-term courses and dual/joint degree programmes, and holding sessions between professors of the two universities in this respect.

Dr Hamidreza Oloumiyazdi then addressed the audience on the potentials of ATU as the largest Iranian public university specialized in humanities and social sciences and its capacity and commitment in providing solution on the country’s social issues, and expanded on its wide academic relations. He pointed to the mutual understanding between academic communities of the countries as the prerequisite for the survival and continuation of the political and economic relations between the states, and hoped that the two newly founded centres would move toward a better understanding of the two countries’ conditions and expand the scope of their studies beyond the linguistic, literary, cultural, and historical fields into such areas as economics, business, law, management, technology, etc.

Prof. Cheng Tong then recited a message from China’s ex-ambassador to Tehran. Then, Dr Irosh, Iran’s consul general in Shanghai, talked about the important role of such centres in the realization of public diplomacy and called for the development of international academic collaborations between the two countries. He then appreciated the efforts made by ATU and SISU in establishing the centres.

In the end of the ceremony, the SCIS signboard was unveiled. ATU delegation, consisting of Dr Nematollah Iranzadeh, Dr Laya Olfat, and Dr Hamidreza Oloumiyazdi, delivered speeches on the main theme of the relations between Iran and China in SISU Faculties of Literature, Management, and Law, respectively.